The Ultimate FAM Trip to Boston

Layla, our Sales Executive joined other travel agent partners on an incredible five-day FAM Trip to Boston, hosted by Virgin Atlantic in partnership with Delta and Marriott International Hotels. Here’s what she had to say about the trip.

Day One: I flew with Delta from Edinburgh to Boston, connecting at JFK; Flying Delta Comfort+™ which also meant I could receive additional perks including access to early boarding and dedicated overhead bin space. Onboard, the extra legroom and spacious seats made the flight extremely comfortable- in fact, I didn’t want to get off!

When arriving in Boston, we headed straight to Encore, Boston Harbour for a delicious seafood dinner at the Waterfront Restaurant, where we had drinks taking in the panoramic views overlooking the Harbour. We were then given a site tour of the restaurant, where they serve a variety of craft beers paired with unique, shareable plates. The insides chic gold interior reflected the quality of the mouth-watering food. After our tour, we headed to The Sheraton, where I was fortunate enough to call home for the first two nights of this incredible trip. 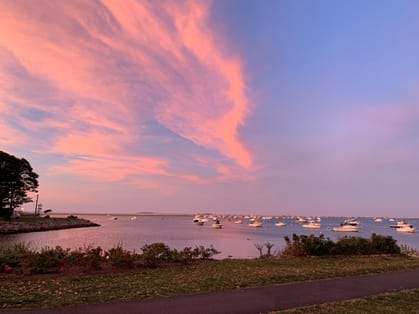 Day two: Our second day, we had a hosted breakfast at The Sheraton Hotel and met Alyssa who is the Senior Account Executive for Marriott International. This was a great opportunity for us to get to know the rest of the group.

Later that morning we went on a 15-mile bike ride around the city. Taking in all the historic sites including Charles River, Copely Square and Fenway Park. For anyone visiting Boston, I highly recommend including this in your itinerary as it was a great way to see the city and the tour guides knew all the best spots.

After the bike ride, we parked up and re-fuelled with a few well-deserved slices of pizza at Quincy Market. If you enjoy sampling different cuisines, this is the place to go. There are over 35 different food stalls all catering for different appetites from fresh seafood, baked breads, gourmet desserts and hearty gyros to name a few.

After a delicious lunch, we headed to the iconic Fenway Park, home of The Boston Red Sox. We were fortunate enough to be taken on a guided tour around the stadium and learnt about the history, which stars have played here and took some obligatory pictures!

We later headed out for the evening at Time Out Market which was a great place to socialise with the group and enjoy some amazing food. Time Out Market was one of the many highlights of this trip. Boston really is a foodie’s dream trip- you are spoilt for choice; whether you’re wanting to try some real authentic American cuisine or sample dishes from all over the world- a stop off at Time Out Market is a must!!

The evening didn’t end there! We then went on to Lorettas Last Call which was an extremely American country style bar where we learnt to line dance.

The next day, we started off our morning with a hosted breakfast at The Four Seasons One Dalton Street. Once we’d eaten and chatted for a while, we then got to go on an amazing tour of the hotel. The 61-story skyscraper is a modern and stylish hotel, with amenities such as a Wellness Floor, Japanese izakaya inspired restaurant, an Energizing Urban Fitness Centre and more.

After this, we headed to a very different kind of tour, a Whale Watch Tour! We were all extremely excited for this as this really is an experience of a lifetime, led by Boston Harbor Cruises – members of Whale SENSE. We got to learn some really interesting facts about these beautiful creatures with the help of the New England Aquarium naturalists on board with us, who were happy to answer any questions and fill our brains with lots of knowledge on all the whales. We were also lucky enough to see a mother whale and her calf, which was amazing! 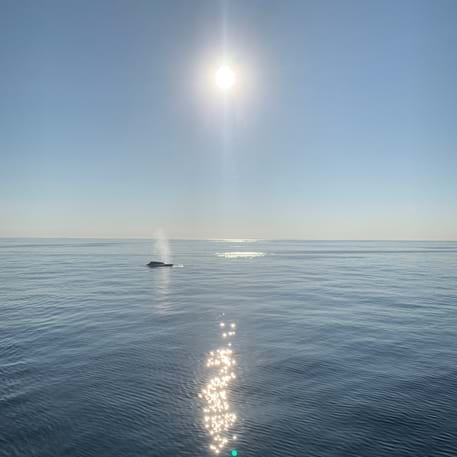 Ending our day, we ate dinner at the stunning Rosa Mexicano, an authentic Mexican restaurant serving traditional Mexican cuisine. After this we headed to our final hotel stay at The Westin Boston Waterfront.

We started the next day off with breakfast in the hotel, we ate and chatted for a while before we headed out on to a ferry going into Provincetown, where we’d be spending most of the day. Once we arrived, we moved on to our hosted lunch at The Crown & Anchor. We were also given a site tour of the hotel, it had a very casual atmosphere, the food incorporated rustic flavours and the seafood sourced from the local fishermen on Cape Cod. They host a variety of shows and events such as stand-up comedy and bingo – unfortunately we weren’t staying in time for these!

For a short while after lunch we had some free time to explore Provincetown. There were lots of restaurants, cabarets, speciality shops and nightclubs in the area. After this, we went on a tour of the dunes. This tour gave us views of Provincetown, the ocean and beaches that were incredible. We got to stop along the way each time so we could get out the tour vehicles and really have a good look around the sights.

Next, we got back on a ferry and headed to Plymouth, where we went on the spooky Dead of Night Ghost Tour. We walked through an eerie graveyard, which was the pilgrim’s first burial ground, and looked at the first form of folk-art carvings on tombstones and learnt interesting facts about the burial customs and puritan traditions.

We finished day four with a hosted dinner at The Cabby Shack before heading back to Boston. This spot is famed for its pizza and lobster.

We woke up for our final day in Boston in The Westin Boston Waterfront – where we had our final hosted breakfast. We started out the day by visiting The Patriots Hall of Fame. This was an exciting, interactive museum which gave us the opportunity to kick a field goal, learn the playbook from an eight-time Super Bowl champion head coach, go inside a huddle and listen to the quarterback call plays and more!

After the fascinating museum, we had some free time before we flew home to roam around Wrentham Village Premium Outlets and do some shopping. They had shops such as Michael Kors, American Eagle and Kate Spade.

We then came to the end of our FAM Trip. We had an incredible experience and learnt a lot along the way. 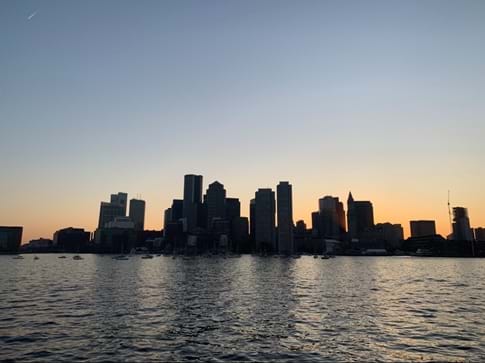 Out of Hours service - Free of charge