Chief executive of Virgin Atlantic proposes plans to increase its route network from 19 to 103.

“Britain, and those who travel to it, deserve better than this. Air passengers need a choice, and Virgin Atlantic is ready to deliver when Heathrow expands.’’

Virgin Atlantic is set to challenge the dominance of IAG, owners of British Airways, at London Heathrow. The airline has revealed plans to significantly increase its long-haul route network and launch a new comprehensive route network of domestic and European routes when the third runway is complete.

If approved, the plans would represent a fourfold increase on Virgin Atlantic’s current international network and includes unserved destinations such as Kolkata (India), Jakarta (Indonesia) and Panama City (Panama), where currently passengers cannot travel direct. This proposal could see a significant increase in choice for customers traveling to and from London Heathrow – but only if the UK government reforms the way new Heathrow slots are allocated. 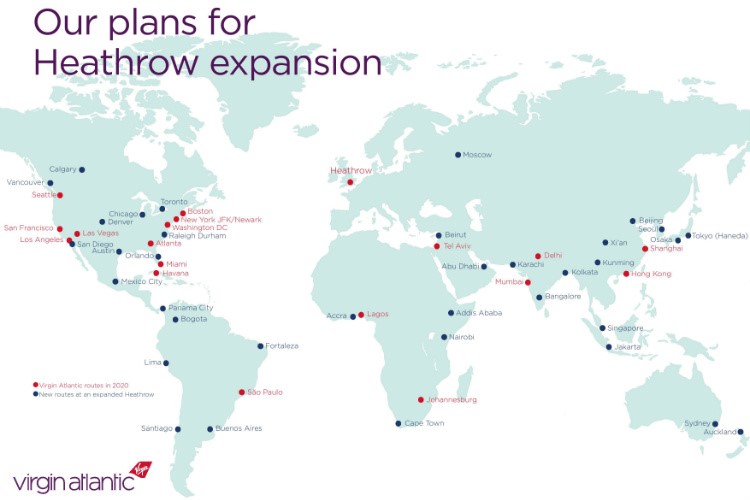 12 domestic, including Belfast, Glasgow and Manchester

37 European, including Barcelona, Dublin and Madrid

Virgin Atlantic have proposed these plans in line with The Government’s Aviation Strategy ‘Green Paper’ through bringing new competition across multiple domestic, European and global routes offering more choice and lower fares to the consumer. Operating in brand-new destinations that are currently underserved or unserved improving international links. 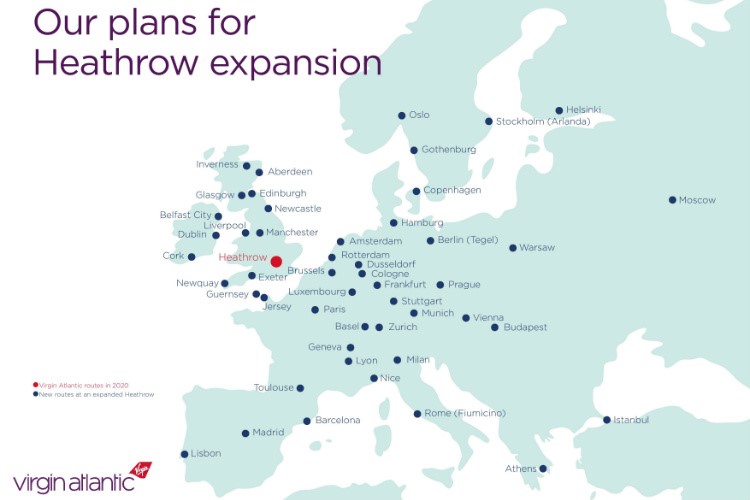